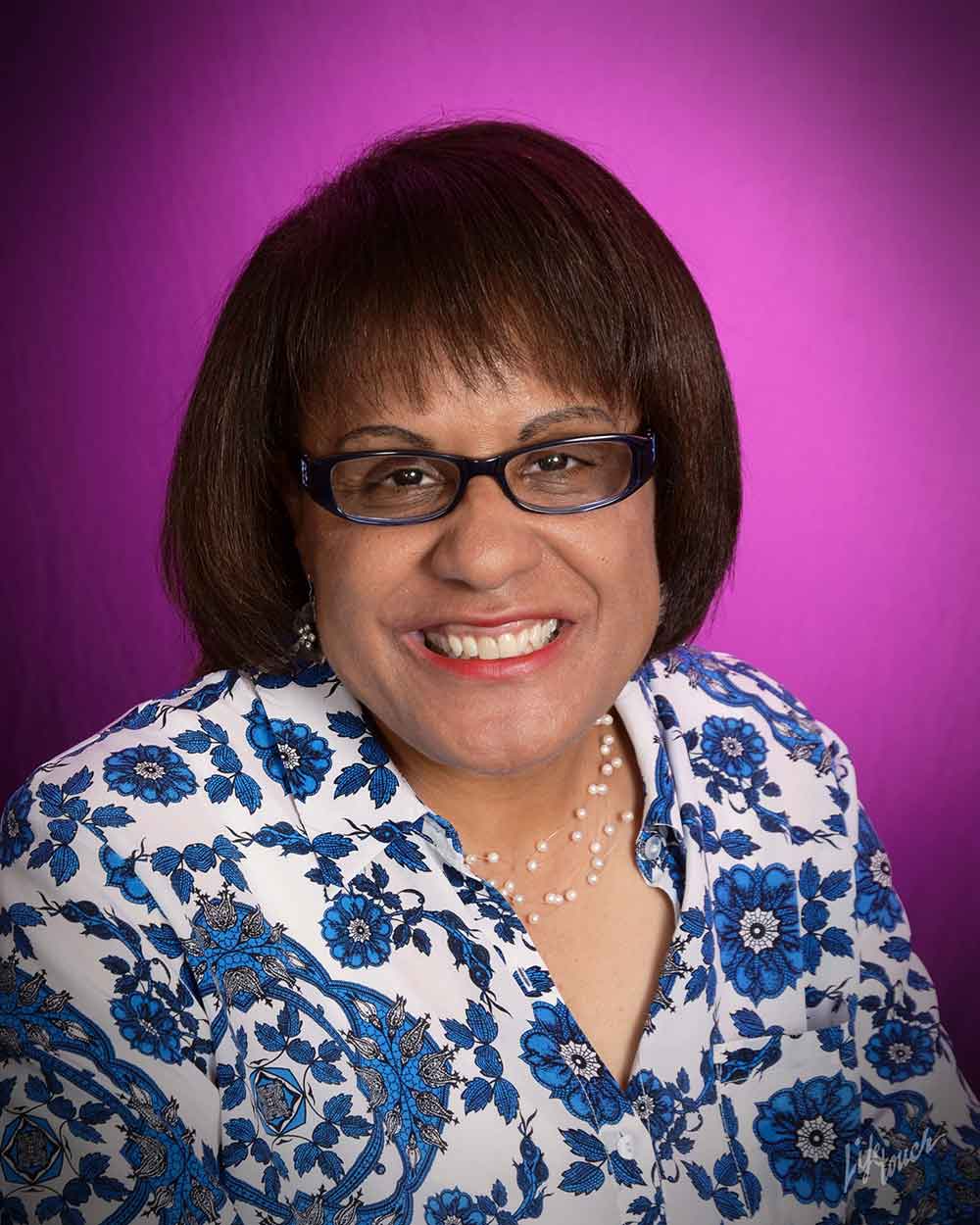 Dr. Jan E. Christopher received her Bachelor’s degree in Economics from Hampton University in 1980; her Master’s degree in Political Science (Public Policy) from the University of Rochester in 1982; her M.B.A. degree from the University of Oklahoma in 1984; and her Ph.D. in Economics from Howard University in 1993. She is considered to be both an academically and professionally qualified economist, having the Economist 110 job classification rating with the Federal government. Dr. Christopher has been a staff analyst, program/project analyst, economic analyst, and market specialist working in the fields of finance, urban economics, statistics and public policy for over 25 years.  She is presently an Associate Professor of Economics in the Department of Accounting, Economics and Finance in the College of Business at Delaware State University. She was appointed as a tenure-track assistant professor at Delaware State University in 1994 and has served as the Chair of the Department of Economics and Acting Chair of the Department of Business Administration. Between 1998 and 2003 she received several U.S. Department of Transportation-Federal Highway Administration research grants under the major category of On-the-Job Training-Supportive Services. She has previously served as a Distinguished Visiting Professor of Economics and Geography at the U.S. Air Force Academy (1996-97) and as a Distinguished Visiting Professor of Leadership and Management at the U.S. Coast Guard Academy (2003-2004).  She was also the Director of the Delaware State University Summer Transportation Institute between 1998 and 2003 and again in 2008.  Dr. Christopher’s government career as a researcher has been with such agencies as the Office of Economic Research, Office of Advocacy, U.S. Small Business Administration; her dissertation research was conducted through the Research and Statistics Division, Board of Governors of the Federal Reserve System; she worked as an Economic Analyst (Finance) and Analyst in Regional Economic Development in the Industry Analysis and Transportation Section of the Economics Division of the Congressional Research Service; and most recently as a Fixed-Income Market Specialist with the Bureau of the Public Debt, Office of Financing (Washington, DC) of the U.S. Department of the Treasury (2004-2006).  She also has experience in the corporate sector as a Quality and Reliability Staff Analyst III and Program/Project Analyst with Rockwell International Corporation, North American Aircraft Operations prior to it being sold to Boeing Integrated Defense Systems in 1996. In December of 2009, she completed the Pre-Demonstration Evaluation Research Study for a grant funded by the U.S. Department of Justice. And in March 2012, she completed the Methodology and Analysis Research Report for the Texas Regional Opportunity Index funded by the Ford Foundation through the Howard University Center on Race and Wealth and the Center for Public Policy Priorities, Austin, TX. Dr. Jan E. Christopher serves in the Financial Industry Regulatory Authority FINRA® Neutral Dispute Resolution Arbitrator’s program. She conducted several pre-hearing conference calls (December 19, 2014 and January 22, 2015) to arbitrate several cases in San Juan, PR scheduled for May-March, 2018. Dr. Christopher has also served as an external reviewer for the Howard University Department of Economics; peer reviewer for the Review of Black Political Economy; the chair of the DSU Faculty Senate Finance Committee; a Chair of the Delaware State University Promotion and Tenure Committee (2015-16); and a member of the AACSB International Strategic Planning Committee for the Delaware State University College of Business (2010-2014).